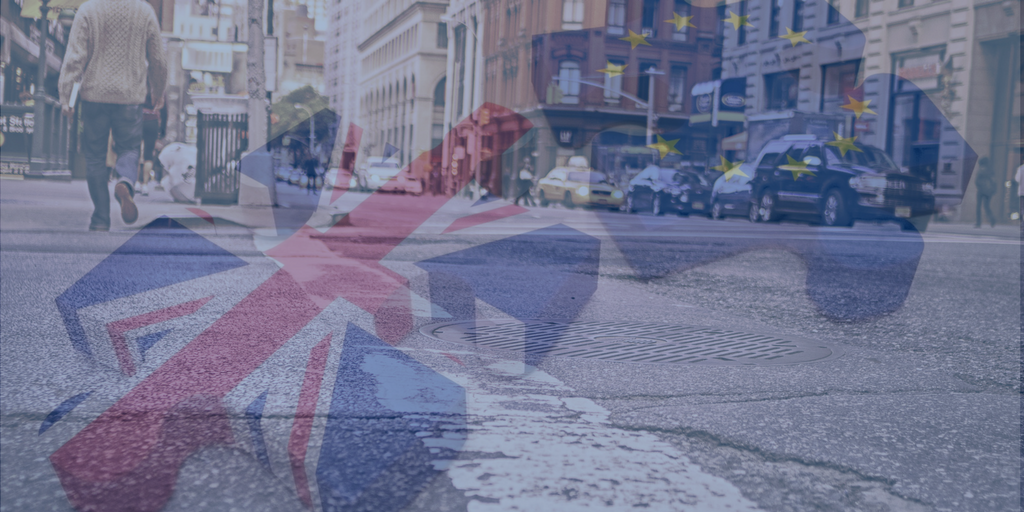 31 of October 2019 is the date when Great Britain is proposed to exit the EU. EU citizens living in the UK will have to apply for “settled status” to be able to remain in the UK.

At this moment we don’t know if UK exits the EU with a dead or no deal.

However, EU citizens’ rights have been agreed upon and secured even in an event of no deal Brexit. According to the plan of a no deal exit, published in December 2018, the government will continue to implement what it calls the “EU settlement scheme”.

There is already a legal basis for the EU Settlement Scheme – Appendix EU to the Immigration Rules, laid before Parliament under section 3(2) of the Immigration Act 1971. Any status granted under the scheme since the start of the first private beta phase on 28 August 2018 is a lawful UK immigration status and will remain so in both a ‘deal’ and ‘no deal’ scenario. This is an explicit assurance we received when we enquired with the Home Office about the future of the EUSS in various Brexit scenarios.

Settled status under the scheme is technically indefinite leave to remain (ILR) which currently would expire after more than two years’ absence from the UK. Parliament will need in due course to agree the required change to secondary legislation on this point, contained in the Immigration (Leave to Enter and Remain) Order 2000, but if and when it does so, that change will automatically apply to all ILR already granted under the scheme – no further application will be required and the ILR will turn into an EUSS with a five-year expiration period (which is one of he key differences between ILR and EUSS.)

Depending on the terms of Brexit (deal or no deal) the some aspects of the EU settlement scheme will differ.

A. What is it about?

In case of a deal:

In case of a no deal:

B. Who has to apply?

If your children are born in the UK, and you already have permanent right to reside here (been here for at least 5 years), your children might be entitled for naturalisation without applying for settled status. Please contact an immigration adviser before applying for your children.

C. When to apply?

From April 2019 the application is opened for everyone.

D. How much does it cost?

E. What will you need?

4. Residence in the UK

After you submit your answers you will get a screen that could have a few possible answers. The application uses your NINo to check history with DWP and HMRC (from 2012 onwards)

If you know that you have gaps longer than 6 months with HMRC or DWP, such as your benefits stopped or you were economically inactive, or if the application cannot read your HMRC or DWP data, you can upload further evidence to be able to obtain settled status.

All the documents you submit as evidence must be dated and should have your name on.

You should only provide one piece of evidence to cover each month or longer period of time.

Use documents that cover longer periods of time wherever possible, such as bank statements, council tax bills or university letters and certificates. These will confirm your residence for the entire period of time they cover, so you will need to submit fewer of them.

A document with a single date on will count as proof of residence for that month only, for example an electricity bill, official letter or GP appointment card.

Examples of documents you can bring:

– letters or certificates from your school, college, university

– documents showing a UK address from a student finance body in England, Wales, Scotland or Northern Ireland or from the Student Loans Company

– letters from a registered care home confirming your residence there]

– payslips for a UK-based job

– water, gas or electricity bills which show a UK address

– domestic bills, such as for home repairs, vet’s services or insurance, and evidence of payment

– letters from government departments, other public services or charities that show you dealt with them on a particular date or for a particular period (for example Job Centre Plus or Citizens Advice)

– letters or references from family and friends

After you submit your application you will receive a confirmation email. No matter what the last step said (you will be considered for settled or pre-settled status) that is not your final decision. You will receive this through an email at a later date. It can take a few days, or a few weeks.

Meanwhile, your Home Office case worker might be in touch to request evidence or to ask more questions.

Do you want to apply for settled status or have any questions regarding it? Don’t hesitate to contact us at 0800 121 4226 or email us at voice@eerc.org.uk

We have experienced immigration advisers and are registered with OISC. 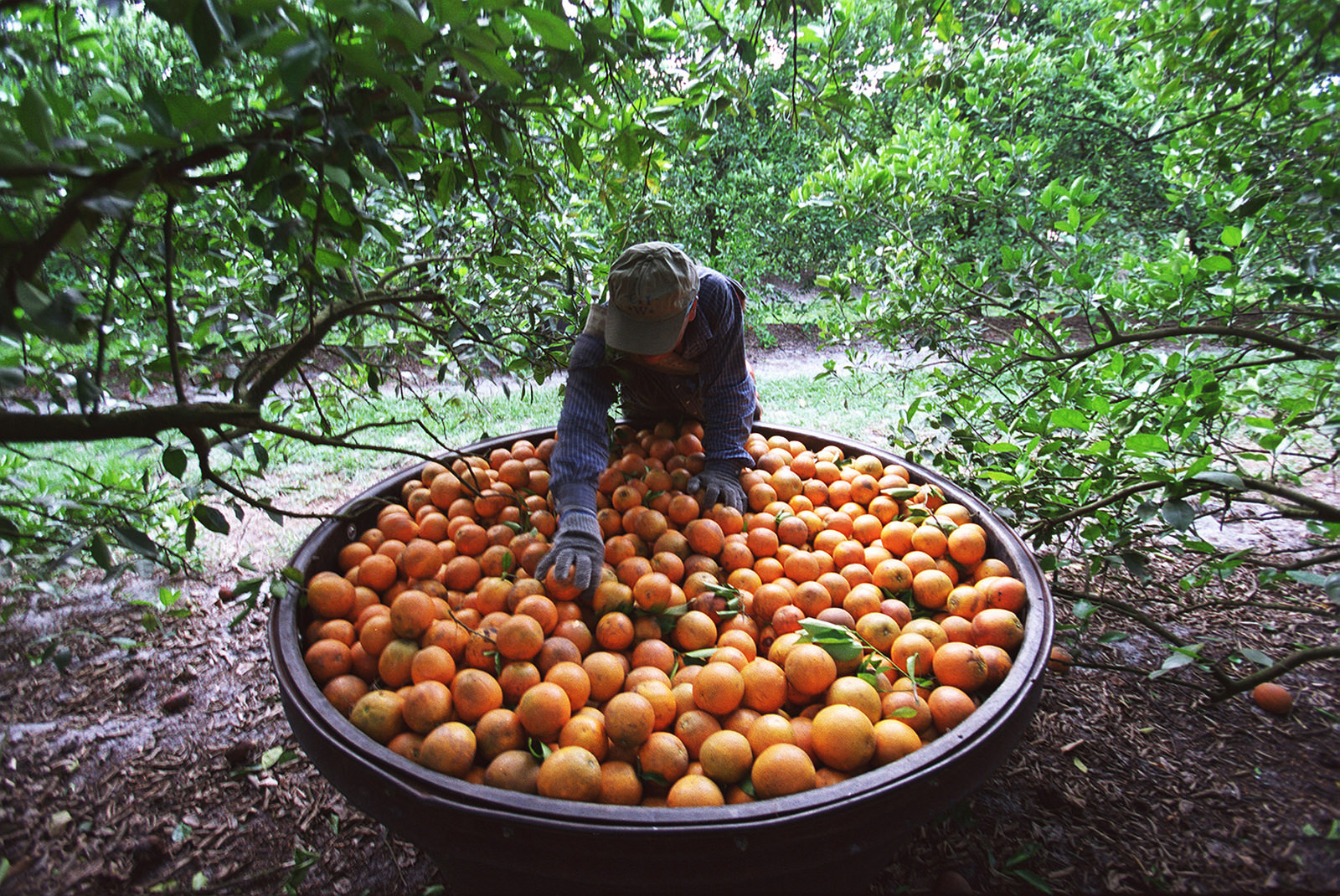 Modern slavery is an umbrella term that encompasses the offences of human trafficking and slavery, servitude, forced or compulsory labour. Modern slavery is usually a hidden crime, of indeterminate duration. The signs are not always visible and, even when they are, people are unable or afraid to report it.

In the report, the Home Office establishes that there has been a consistent and sustained increase in the number of potential victims of modern slavery identified in the UK since 2009 – likely due to the increased priority of tackling modern slavery and improved awareness of this crime. In 2017, 5,145 potential victims were referred to the National Referral Mechanism (NRM) – the UK’s framework for referring and supporting victims. This was a 35% increase compared to the previous year (National Crime Agency, 2018).

According to a report by  GLAA in 2016, the scale of modern slavery is increasing across the UK, though it remains difficult to accurately assess due to the hidden nature of the threat.

In 2016, 3.805 potential victims of all exploitation types were referred into the National Referral Mechanism (NRM) in the UK and 782 potential adult victims were referred to the duty to notify provision in England and Wales. In the twelve months up until March 2017, police in England and Wales recorded 2,255 modern slavery offences, with 60 recorded by Police Scotland and 35 by the Police Service of Northern Ireland. In 2017, 5,145 potential victims of modern slavery were submitted to the NRM, a 35% increase compared with 2016.

The report notes that these figures are far lower than the 13,000 estimate from the Home Office (which in itself has been described as being “far too modest” by the Independent Anti-Slavery Commissioner), indicating that a significant proportion of potential victims remain vulnerable.

According to the same report by GLAA,  the top ten countries of origin of NRM potential victims between 2015 and 2017 were Vietnam, Albania, the UK, Romania, Poland, Sudan, China, India, Eritrea and Slovakia.

Exploitation in the workplace is very common in Eastern European communities and is the result of people find it very difficult to access to the open British labour market due to lack of language skills, or unfamiliarity with recruitment practices and processes. Moreover, in many cases this exploitation takes place within business run by members of their communities, therefore making it even more difficult to break the cycle.

Furthermore, the situation of vulnerable workers is very dynamic and can escalate if a worker is not able to enforce his or her rights or does not know how to do it. Consequently, what starts as labour exploitation may quickly develop into modern slavery.

As a result many Eastern Europeans fall victims to traffickers whilst still in their home countries. People are promised jobs and often even pay their trafficker to get to the UK.

Some Eastern European workers in the farming sector are being exploited every day in the UK. Victims of this crime are often eastern European men and women who were promised a job by traffickers, or they could be on the fringes of society, homeless or destitute. Through threats, violence, coercion or forced drug and alcohol dependency, they’re enslaved, working for little or no money, living in squalid conditions having had their identity documents taken from them. Often, after arrival, gang leaders seize documents, opening multiple bank and utility accounts in their names – but refuse to hand over access to the accounts or bank cards. Hours are long and the work is gruelling and dangerous. Workers are abused and are controlled by threats of harm to their families at home.

Labour-intensive sectors such as construction, where temporary and irregular work are common, are high-risk sectors for forced labour. With new homes, offices and buildings being constructed or upgraded in great quantity, labour exploitation is the second most common type of modern slavery, after sexual exploitation. The scale of the operations is sometimes very big, especially in remote parts of the country.

Things like the uncertainty regarding people’s rights to live and work in the UK and the new work visas for seasonal workers that the government is proposing to introduce after the UK leaves the EU, are going to put even more vulnerable Eastern Europeans at risk of modern slavery.  Temporary migrant workers are at risk of modern slavery because their visas are tied to a specific employer. This means anyone attempting to escape an exploitative situation could face deportation. To prevent this, the government will need to be much more involved in preventing and fighting modern slavery, after Brexit.

GLAA is also concenrned about Brexit.The report notes: “Dependent upon entry and working restrictions, there may be an increase in illegal working, misrepresentation and / or false and fraudulent documents being used, for example. Companies in the construction sector have reported difficulties in recruiting staff, likely due to a decrease in the migrant workforce after the UK’s independence referendum”

We are proud to announce that we started a new project supporting Victims of Modern Slavery.

We will work in partnership with the Aire Centre and Focus on Labour Exploitation.

We will work with Eastern European Victims of modern slavery, human trafficking and exploitation at work, offering specialised and personalised support with:

+ report the crime to the police

+ liaise with the National Referral Mechanism

+ support with their rights in the UK