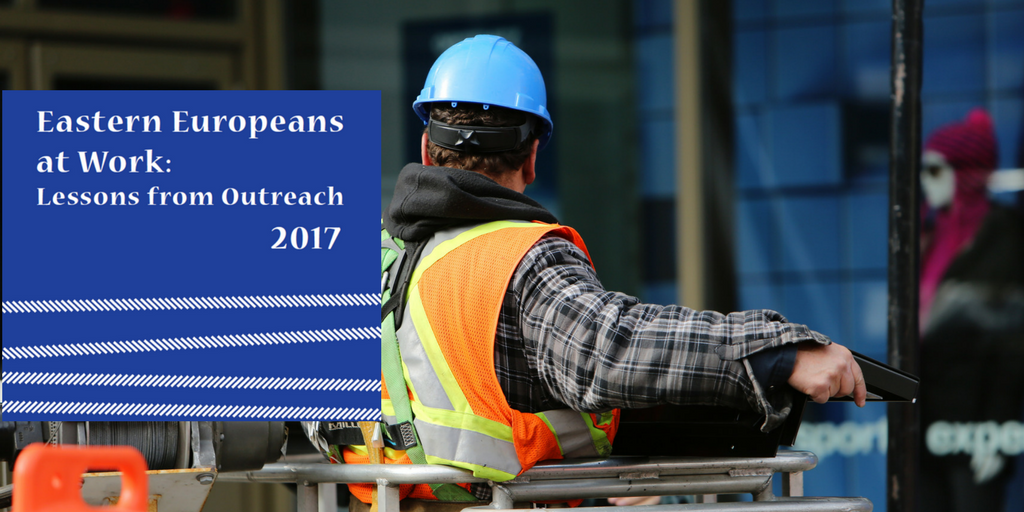 This report discusses the key findings from the outreach and information campaign we delivered
between April 2014 and December 2016. In developing the report, we used data we
have gathered during outreach events and other activities.

The main aims of the information campaign targeting Eastern European (EE) migrants in London,
which was funded by Trust for London were to:
+ raise awareness of employment rights among the Eastern European community,
+ provide information about various sources of reliable advice and support for people
experiencing issues at work,
+ reduce the exploitation experienced by the EE community.
+ 620 individuals received individual support
+ 325 individuals attended employment law workshops
+ more than 1200 individuals reached through outreach activities

We talk about general problems that workers meet in the UK, such as low pay, National Minimum wage not being respected, and also some really specific problems that eastern Europeans encounter, such as modern slavery within the community, lack of knowledge of rights, vulnerability and so on.

Read our report and share: Report – Eastern Europeans at work, Lessons from outreach 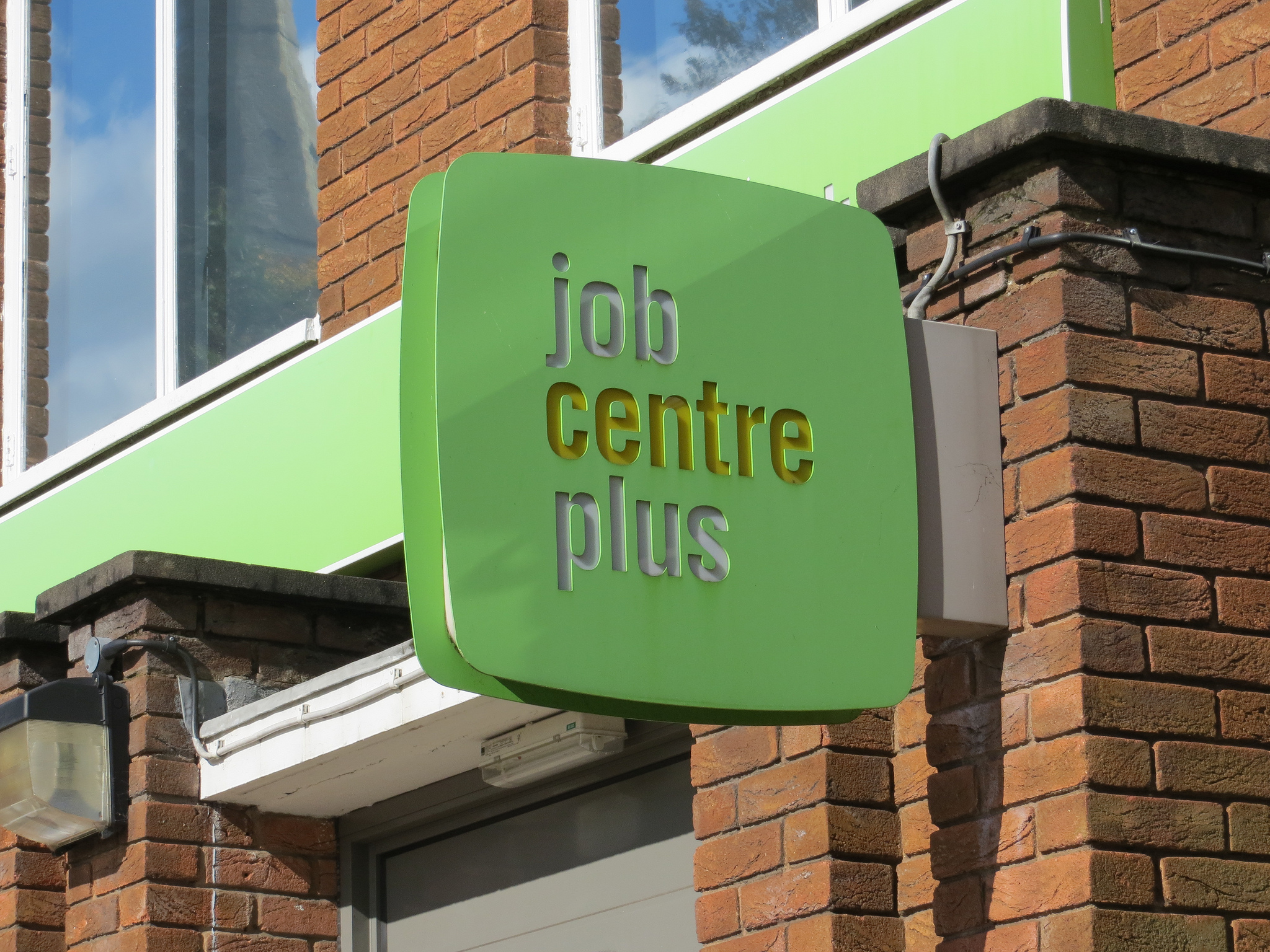 Unfortunately, due to years of cuts and change in regulations, disabled and people unfit for work  are finding it harder and harder to access this kind of support.

Last week the Work and Pensions Comittee in the House of Commons came out and accussed the poor decision making behind many cases of ESA and PIP claims. The concerns were to do with  the Department for Work and Pensions’ contractors Atos, Capita and Maximus—to carry out accurate medical assessments, and the fact that a great number of cases end up in tribunals before they get resolved.

The Comittee revealed that 290,000 people claiming PIP and ESA only received the correct award after challenging DWP’s decisions about their disability benefits.

As an advice centre for disadvantaged migrants we can definitely see this happening more often than not.

In our centre, 8 out of 10 cases involving PIP and ESA go to tribunal before they get solved, and when they do, most of these cases are won in favour of our clients.

We are aware that there might be a higher percentage of Eastern European clients that go to a tribunal than the average percentage. And that might be because of the nature of our work – clients come to us when really desperate, sometimes they apply themselves or via friends or accountants, and their application goes wrong, or because non UK citizens need to bring furrther proof (for example, completing the habitual residency test) and so on.

Often, our clients end up in several tribunals before they get their rightfully benefits reinstated.

We recently had a client,  Mr. A., who, a few years ago, had his leg amputated above the knee due to cancer. Back when he was doing chemotherapy, we helped him get his ESA, but we had to prove his Permanent Residency status in a tribunal. Unfortunately, after his medical assessment, he lost his ESA, was declared fit for work, and was asked to claim JSA instead.

In reality, his situation proved impossible for him to find a job. Even though we helped him appeal this in another tribunal, DWP didn’t change their decision.

Moreover, when he first came to our centre, he was just being migrated from DLA to PIP, which initially he didn’t get. We requested mandatory reconsideration, and he was finally awarded PIP for 2 years.

In 2017, when it was time for the renewal of PIP, DWP again decided, after a medical assessment, that he was not entitled to the benefits. Surprisingly enough, although he is missing a leg, he got 0 points for mobility. We knew right away that we would appeal, which we did, but the decision was not reconsidered, therefore we ended up in a tribunal again, for the 3rd time in his case.  We were certain that the mobility points should be awarded, and they were, we won the case, and he was awarded PIP, yet again.

We strongly believe that this should have been resolved when we requested a mandatory reconsideration.

We are certain that the goverment could save a great deal of money and resources if less cases would come to unnecessary tribunal hearings.

Unfortunately, this is one of many cases that we have been dealing with that repeatedly went to tribunals, it rarely happens that the DWP reconsider their decisions, because of the internal targets that staff are imposed.

We would like to see a simplified process that would save the government money, save advisers time and that is more centred around vulnerable clients’ needs. 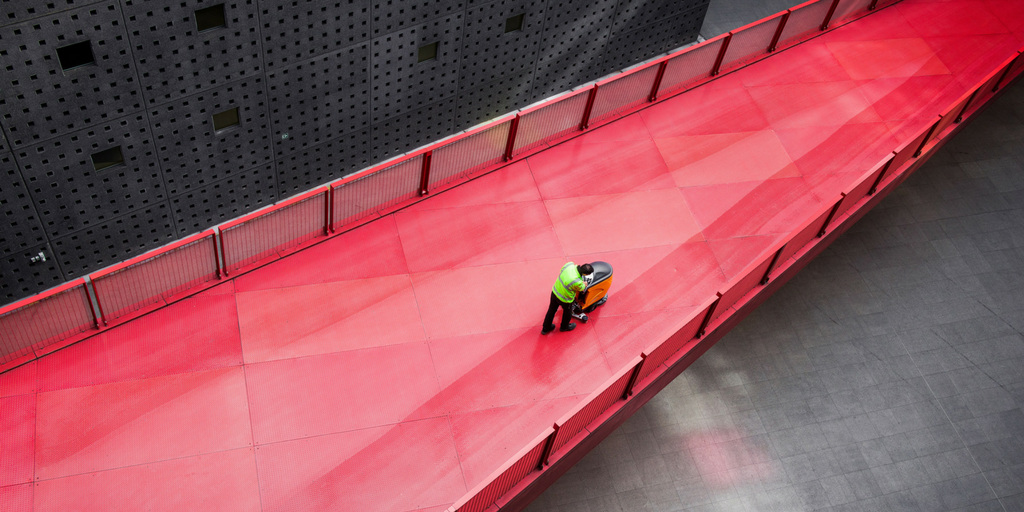 The fact that commercial cleaning staff, who are usually women and migrant workers, are being exploited at work is not news anymore, in fact it has been in the news many times.

We learned that people complain of being frequently mistreated by employers, usually agencies, who often ignore obligations to provide holiday and sick pay, or workers are even experiencing underpayment or non-payment of their wages, not to mention the fact that they have to work long hours to fulfill their quota.

Since 2014, the year we launched the “Employment Rights Campaign”, we conducted an intensive outreach campaign in the most vulnerable Eastern European communities to support people with their issues at work. Having supporting Eastern European migrant workers for many years now, we have key knowledge and insight of the problems Eastern European agency workers face at work.

We were confirmed that agency workers are one of the most vulnerable groups on the labour market. Agency workers in the cleaning industry are especially affected by exploitation and bad working conditions and proved to require more intensive support in enforcing their rights.

In light of this, we decided we would need to focus on this particular type of workers, and in January this year we have started our new project, “Organising Migrant Workers”. The new, Trust for London funded project aims to organise and support Eastern European cleaners, in order to improve their working conditions.

Our extensive work in safeguarding workers rights has proven that there is a large group of Eastern European agency workers who do not know their rights and where to seek information and advice in case of any problems related to employment. They work long hours (often 6-7 days per week) so they are not able to seek any support in person.

This is why we want to take our support where is needed, in the workplace. We will outreach intensively as well as organising events and workshops for Eastern European migrants in London,  focusing on agency workers’ employment rights and give them tools to enforce them.

Our project will also involve provision of individual advice as well as education in relation to people’s employability skills.

We will also liaise with employment agencies, corporate clients and relevant bodies e.g. Employment Agency Standards Inspectorate and GLAA in order to promote good practice within the sector.

We wish to stop the exploitation of Eastern European cleaners. London works on migrant workers, cleaners having a really important role in the day to day business life in London. We believe that time has come for EE agency workers to have a say in how their future in this great city is going to look like.