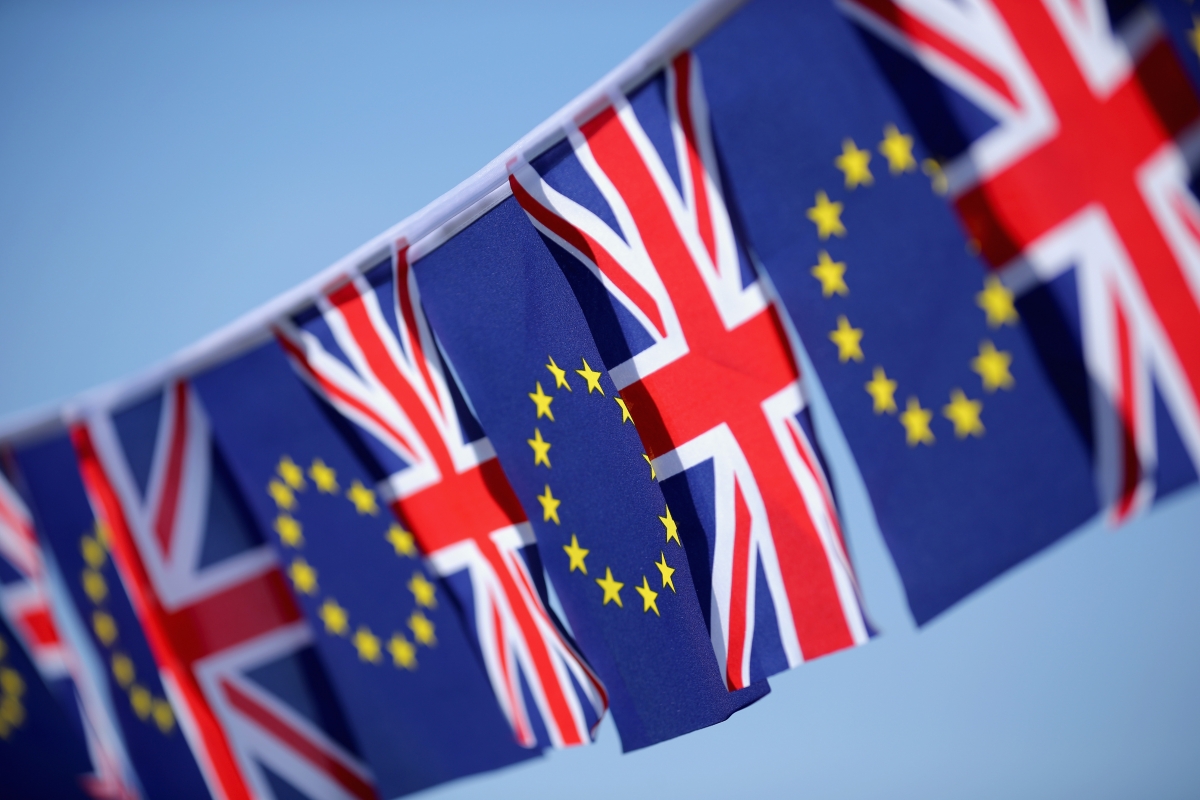 Exactly one year ago Britain had one of the most important votes in it’s history, the Brexit referendum. As the results started to come in, divided reactions portrayed a divided country.

Immediately after the results, we observed a significant rise in hate crime against Eastern European nationals, Polish people in particular. Although there haven’t been any major incidents such as the one in August 2016 when a Polish national was murdered in Essex,  we often receive phone calls from people who experienced hate crime, just because they were Eastern European. Thankfully, we haven’t seen another spike in hate crime after the triggering of the article 50, as we expected. Things look like they have settled down a bit, people have gotten used to the idea.

However, we are aware that members from our communities are still experimenting hate crime. We have just finished a pilot project of 6 months – “Eastern European Hate Crime Advocates”  a project made in partnership with Home Office and Metropolitan Police – a hate crime helpline dedicated to Polish nationals, and at the moment we are working towards becoming a 3rd party reporting site for hate crime. In the last half a year we conducted a series of events and worked closely with the Police to educate  the public on why it’s important to report a hate crime and advise the Police forces how to deal with Eastern Europeans who might report such a crime. Although this project is officially over, we will still continue to raise awareness on this matter and support Eastern European citizens who were victims of hate crime.

As part of our project we conducted a survey in which 175 EE nationals from all walks of life took part. We were interested to see what are the concerns of EE nationals living here regarding Brexit, how many people have experienced hate crime, if people are thinking about living the UK and so on. One year after the referendum and on the day that the UK government have made their first step in protecting the rights of EU citizens living here, we believe that our findings are eloquent on how this last year was for our communities and of things to come.

When asked about what concerns people most after Brexit, our respondents replied that their immigration status is their main issue.

This particular problem has been the matter of intense debates in the last year, in the press and civil society here, and on the continent. As we mentioned before, we welcome the start of the Brexit negotiations and are looking forward to hear more details on the PM’s proposal on EU citizens rights made last evening.

People’s right to work and the state of the economy were also important concerns, and rightly so, as we saw the pound drop considerably in the last year.

Over 56% of our respondents have been thinking of moving or have decided to move to another EU country or back home. Moreover, people are well aware that this could affect their life in many ways, and there are many uncertainties regarding pensions, NI contributions and so on, if they decide to leave the UK. Hopefully, these aspects will be soon clarified in the negotiations:

Not only that people are considering leaving the UK, but the numbers of people coming here from Eastern Europe is dropping, as we see from the latest Migration Observatory, Oxford University study saying that the number of people moving to Britain from Eastern Europe has fallen by around a third since the Brexit vote, and Migration observatory believes that this may be linked to the strength of the currency and the lack of clarity about long-term rights of residence.

Are these the same reasons that make people already here consider leaving? Perhaps. Our survey also showed that over 80% of our respondents feel anxious about the future or that their lives are worse off or will be worse after Brexit:

Regarding hate crime and the general attitude toward migrants in the UK, almost 70% of our respondents have felt unwelcome or know somebody who has:

We fully appreciate that this has been a hard year for everybody, but at the same time we sense a movement forward has been taken with the start of the negotiations.

We feel that the next few months will be crucial for Eastern Europeans in deciding if they stay or go somewhere else. We strongly believe that the business environment and the state of the economy are the most important factors to take into consideration for the working people from Eastern Europe who have decided to make Britain their home.

There is much at stake for EE migrants and their families therefore, us, at the East European Resource Centre are working hard to support Eastern European nationals through Brexit. Our main focus at the moment is immigration support and we do have regular free events for our communities regarding permanent residency and citizenship. If you’d like to support our work, consider donating here. If you have questions about immigration issues or require an immigration advisor, please call us at: 020 8741 1288. 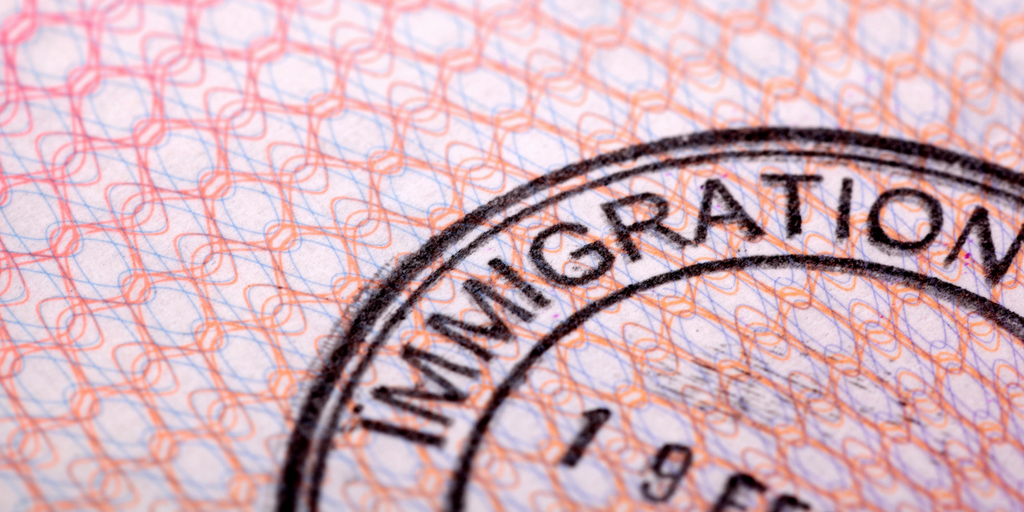 Since the Brexit vote, there has been a surge in the number of permanent residency applications for EU citizens.

We have definitely noticed a greater interest among Eastern Europeans in confirming their status in the UK. Although it hasn’t been confirmed whether it will be useful to possess the permanent residence card when the UK does eventually leave the EU, we do encourage people who are eligible, to do so.

EU citizens who have been living in the UK for the past 5 years, exercising their treaty rights, that means they have been engaging in one or more of:

Although there is much more to say about eligibility and the evidence needed to prove that one is eligible, we want to draw attention to a surge in illegal immigration advice within our communities.

First of all, we want to state that if you chose to seek immigration advice and support in order to apply for the permanent residency card or British Citizenship, you should check if they are registered with the Office of the Immigration Services Commissioner. In the UK, only OISC registered immigration advisers (or solicitors, barristers and members of approved professional bodies) are legally able to provide immigration and asylum advice and services to the public.

If they are not registered with OISC, they might have little or no knowledge of immigration law, and this might damage your permanent residency application and immigration status permanently. All the applications ever made to the Home Office, remain in their data base and when one makes a new one, the old applications are taken into consideration.

An unregulated immigration advisor cannot be held to account by the OISC or any other regulator for their actions, or any money you have paid to them, therefore we urge the members of our communities to please be careful when they give their money away.

A real immigration advisor should not claim to be able to influence or predetermine the outcome of your application, or arrange for your application to receive priority processing, instead they should be honest with you about your chances for a successful application.

Your accountant, unless registered with OISC, is not a legal immigration advisor. Your friends, although they might mean well, shouldn’t advise you on immigration matters either. If you are unsure about your Permanent Residency application and eligibility, is better that you don’t apply for the time being. Until UK actually leaves the EU, which is not going to be before March 2019, EU citizen’s status remains the same!  Don’t listen to rumours circulating in the community, call us if you have any questions: Free Advice Line 0800 121 4226.

We deliver many free events on permanent residency and naturalisation in specific languages, please follow us on social media to find out more: Facebook and Twitter.

If you need immigration advice, please seek an advisor regulated by the OISC, or a regulated solicitor or barrister. East European Resource Centre is registered with the Office of Immigration Services’ Commissioner – level 1.

If you want to report an illegal immigration advisor or complain about one, please email info@oisc.gov.uk.