East European Resource Centre is a charity (reg. no. 1114607) that provides information, advice and support to people from Central and Eastern Europe from the 2004 and 2007 EU accession countries: Bulgaria, Czech Republic, Estonia, Hungary, Latvia, Lithuania, Poland, Romania, Slovakia and Slovenia.

+ Our vision is of London being home to Eastern European (EE) migrants where they can make choices about their families, work and homes, and live fulfilled lives as respected members of local communities.

+ Our mission is giving voice and resources to EE migrants who experience poverty, exploitation and social exclusion in order to help them to make choices about their lives and realize their potential as equal members of communities.

+ We support and advise people on their journey to integration in the UK, we want to develop people’s skills, confidence, experience and capacity to lead fulfilled lives.

In order to achieve this we:

+ Encourage integration by facilitating access of Eastern European migrants to all British markets Work with 1,500 Eastern Europeans a year to help them navigate the British system.

+ Carry out evidencing of needs and research into areas of concern Voice concerns of Eastern European community in London by outreach, consultation and campaigns

+ Frontline delivery of information, advice and advocacy for disadvantaged Eastern European migrants in need of help to navigate British systems, develop confidence and skills, and improve integration with the British society

+ Policy work through research, needs analysis and raising awareness of issues affecting integration of Eastern Europeans into the British society and their living fulfilled lives as valued residents and members of local communities

+ Awareness raising though information, outreach and campaigns on rights of Eastern Europeans in London and on challenges they face in interactions with statutory services and private markets, such as rented housing or employment 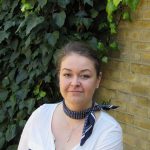 Barbara has an extensive experience in the charitable sector, having started in European structural projects in Poland and the first re-settlement programme for Polish rough sleepers reconnected from London. She moved to the UK 10 years ago and have continued her involvement in the voluntary sector and civil society in fundraising and management positions. As a university student she was volunteering in a number of humanitarian education projects and spent summers in transit refugee camps in Switzerland. She graduated from Anthropology and Political Science and currently she works towards MBA qualification. She hopes that one day all European migrants in the UK will be treated as equal residents, with their rights, traditions and wishes respected and fulfilled. 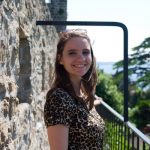 Esther is an experienced operations manager in the charity sector with particular expertise in advice organisations and trafficking. She joined EERC in 2019. Previously, she was Head of Operations for the Anti Trafficking and Labour Exploitation Unit (ATLEU), Coordinator for the Association for the Study of Ethnicity and Nationalism (ASEN), and volunteered for Stop the Traffik. Esther gained an MSc in Global Migration at UCL where she focused on community responses to migration and the position of migrants in the UK. Esther is committed to working for a fair and just society where all people have access to their rights. 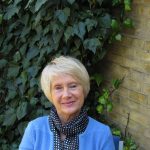 Malgosia is an experienced adviser specialising in welfare, housing, debt and prevention of homelessness and an officer responsible for quality assurance. She’s been with the EERC since 2009 and started as our volunteer to progress into a senior advisory role. Before the EERC, Malgosia worked in Hammersmith & Fulham CAB where she achieved full Senior Adviser qualifications. She’s lived in London for 37 years and for all this time she’s been actively involved with the Polish community and in the British civil society. In the EERC she continuously fights for equal treatment of EEA nationals and that they have the same access to welfare and social rights as other British residents. 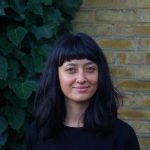 Florina is an experienced communicator, with over 10 years working in both profit and nonprofit sectors as a project manager and creative. She came to London in 2010 from Romania to study and got a Masters Degree in International Development and Human Rights from Goldsmiths, University of London. Since 2014, Florina became involved in projects supporting migrant rights, as a mentor for young migrants and asylum seekers, helping them to settle in London. She loves London’s great diversity and wants to see all migrants being treated equally and living peacefully in this great city. 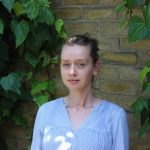 Ula was born and raised in Poland. She graduated from Social Sciences and for few years moved abroad taking part in international development projects in Turkey and Tunisia, youth projects in Denmark and Bulgaria) and professional development courses in Italy and Austria. She sees travelling as a combination of helping others, gaining skilling and exploring different cultures. 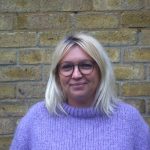 Beata was born in Poland, where she attended English Language and Business  Enterprise University College of Social Science.
She moved to London in 2003 and  started working in Solicitors Office providing interpreting services.
For the last 3 years she has been volunteering in Citizens Advice, providing advice to clients who are in difficult situation.
Beata choose a career path that focuses on driving change and helping to improve the lives of others. She is passionate about giving everyone choices and resources to meet their goals. She joined the team in September 2019, in our East London offices. 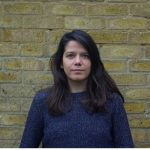 Since 2010 Anca has worked in various socially engaged roles: as a trainer and mentor for vulnerable young adults from BAME backgrounds, as an interpreter for the Romanian community in hospitals, prisons and tribunals and as a documentary filmmaker and artist exploring themes of oppression and social injustice. In her work she is driven by the urgency to challenge the fast and widespread violence of inequality (class, race, gender). She joined the team in September 2019, in our East London offices. 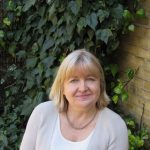 Dana is an experienced senior welfare and OISC-accredited immigration adviser. She joined EERC in 1989 and is the member of staff who works for it the longest. Dana gained her education in Poland. She has a Master degree in Economics from Warsaw’s SGPiS and a degree in bookkeeping. She came to UK in September 1981 and worked for the British Refugee Council and the Sikorski’s Museum before joining the EERC. For the last three years she was running a Project dedicated to our senior residents, the elderly Eastern Europeans living in London. Her biggest wish is to see all older East Europeans having equal access to support and health services and none of them dying of isolation, cold or hunger. 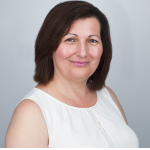 Daniela was born and raised in Romania, and has been living in London since 2008. She graduated Law studies to the London Metropolitan University and is a student at i-LPC University of Law. She first began volunteering with EERC in 2016, contriburing with outreach for disadvantaged Romanians. She joined the welfare advice team in October 2020 as a welfare adviser, and hopes to continue helping vulnerable migrants integrate better in life in the UK. 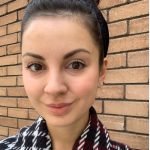 Aleksandra was born in Poland, where she graduated from Economic and Finance Sciences. She moved to London in 2017 and worked for the Polish Educational Society before joining EERC in January 2020. She has been volunteering in many organisations in the charity sector. Aleksandra plays a frontline role, where she tries to find the best solutions for migrants contacting the organization.  She is passionate about supporting people in need and vulnerable animals. 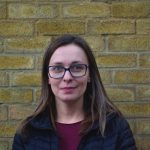 Diana joined EERC in 2018 as a volunteer, mentoring vulnerable migrants from Eastern Europe. In August 2019, she became an EUSS advisor for EERC and helped 100’s of vulnerable people to apply for settled status in UK.  Diana has a master degree from Technical University in Poland and 12 years experience in customer service in London. She is passionate about working to bring about equality of beliefs, genders, races and nations. 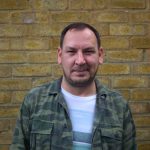 Lukasz was born in Wroclaw, Poland where he studied Journalism and Social Communication at the University of Wroclaw and worked as a journalist for Polish Radio Wroclaw.  He moved to London 16 years ago. Lukasz continued working in media as a director and producer for a live interactive TV shows for mainstream Polish TV and later as a Project Manager of Polish language TV in the UK. Since 2002 he is also managing bespoke legal interpreting and translation company. Having extensive experience in extradition cases and interest in immigration issues Lukasz joined EERC in September 2019 as a EUSS Adviser. 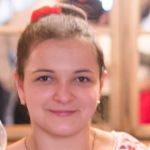 Ana graduated from University of Craiova, Romania, with a BA in Social Sciences, and holds a MA in Political Sciences from National University of Political Studies and Public Administration, Bucharest as well. She has 12 years of experience in volunteering in the charity sector at a local and international level. Ana  moved to London in 2018, in order to progress in her career, with a specific focus on immigration. In July 2019 she joined our team as a volunteer. In November 2019 she became a Gateway Assistant. Her particular interests are documentaries, poems and, of course, helping others.
History

The East European Resource Centre was established in 1984 having developed from the Polish Refugee Rights Group set up in 1981 in response to the plight of Poles stranded in Britain during the time of Martial Law in Poland.

1987: The gradual collapse of the Soviet bloc and conflict in the former Yugoslavia resulted in an increase in the number of refugees from Eastern European countries other than Poland seeking advice. In response, the PRRG became the East European Advice Centre and achieved charititable status.  EEAC was registered with the Charity Commission as an association.

1998: EEAC undertook a programme of training and organisational development.

2016: We changed our name into East European Resource Centre

We are proud to have unchallenged expertise in matters affecting Eastern Europeans in London that comes from 31 years of continuous service for these migrant communities.